I’m sad that Nichelle Nichols made her transition back into The Universe. Although her declining health was a big issue over the past few years of her life, I’m happy she doesn’t have to suffer anymore.

I almost went to a Star Trek convention one year to see her, but my inner-INTJ got the better of me, and I just couldn’t do it (because, crowds). Do I wish I’d done it? Still not sure. Crowds. I would love to have thanked her in person for being such a huge role model for folks in STEM fields who look like me, and I would love to have gotten my hands on an autographed photo to hang in my studio for visual inspiration. But, crowds.

In my “tribute” to her, I can only say that The Nichelle Nichols Effect is real.

I’m a die-hard Trekkie, period, full-stop. I’ve never met a Trek franchise that I did not like. Yes, I even loved Enterprise AND its theme song for the first couple of seasons—Dianne Warren wrote it—I mean, c’mon man.

I can’t pick a favorite franchise, but the most recent three have me way up in my Trek feelings (their theme songs and opening sequences are AMAZING). I am in love with Picard because, I mean, Jean-Luc Picard. Discovery brought the fire with two female Starfleet captains–one of Asian descent, and the other Black–who cries *all the bloody time* but, I’ll live. And then it gave us that onion-chopping surprise appearance by Stacey Abrams as President of United Earth for the Season Four finale (my jaw is still on the floor because who saw that coming?).

Of the three new franchises, Strange New Worlds is pulling at me for the designation of all-time fave. The storytelling is spectacular, and Anson Mount is killing it as Captain Pike. —And the young Uhura’s character as portrayed by the incredible Celia Gooding? It’s hard to verbally express how much I appreciate the deep dive into Uhura’s background and her evolution into THE Lieutenant COMMANDER Uhura. Yes–that’s LIEUTENANT COMMANDER, bitches. –Actually, Uhura retired from Starfleet with Captain status, but that’s some Star Trek Universe-level storystuff. It’s so inspiring to be a fan-observer along for her ride as a cadet.

Funnily, the series I like the least is the original—mostly because of my impatience with the cheesiness, and because my lack of tolerance for the objectification of women and cliche gender roles is low. I know it was the times, but it’s still grating. That aside, it was groundbreaking—especially because of the empowering inclusion of Nichelle Nichols.

After her short-lived time on Star Trek, Nichols promoted programs at NASA—something else for which I am very grateful. I had no idea that my undergraduate alma mater was a stop on her astronaut recruitment tour for NASA in the 80s. Unbeknownst to most, I interned at JPL throughout my undergraduate years in the early nineties, and so did my husband. As a scientist-in-training (me) and engineer-in-training (him), we were part of the Minorities in Science in Engineering Initiative. I worked on the Software Product Assurance team for a Deep Space Network project, and he worked on the TOPEX/Poseidon altimeter mission. We both had INCREDIBLE mentors. I actually had two, and they were minority women—one was Asian, and the other was Black. It gives me chills thinking about the importance of that all these years later—and about the role Ms. Nichols played in recruiting folks who look like me into the organization as astronauts, scientists, and engineers.

On a different note, one of the non-science/sci-fi things I loved about Ms. Nichols is that she always wore a massive, gorgeous turquoise ring off-screen. She (and beloved folksinger, Richie Havens) sparked my love for Native American-made turquoise and silver jewelry. Because I try to respect other’s copyrights, I won’t post a photo of Ms. Nichols and her ring here, however, the LA Times has a lovely photo of her in a post-death write-up sporting that ring loudly and proudly.

The ring I made below was 100% inspired by Ms. Nichols. I made it for myself, but someone literally bought it off of my hand one year (in a restaurant, during lunch, in Downtown Chicago). I didn’t feel too bad at first because I’d never been a ring person. As a long-time classical pianist, rings were inconvenient—that, and I had a knack for cracking opals. I’m an October-baby, and I love my stone, but I am hella rough on hand opals. 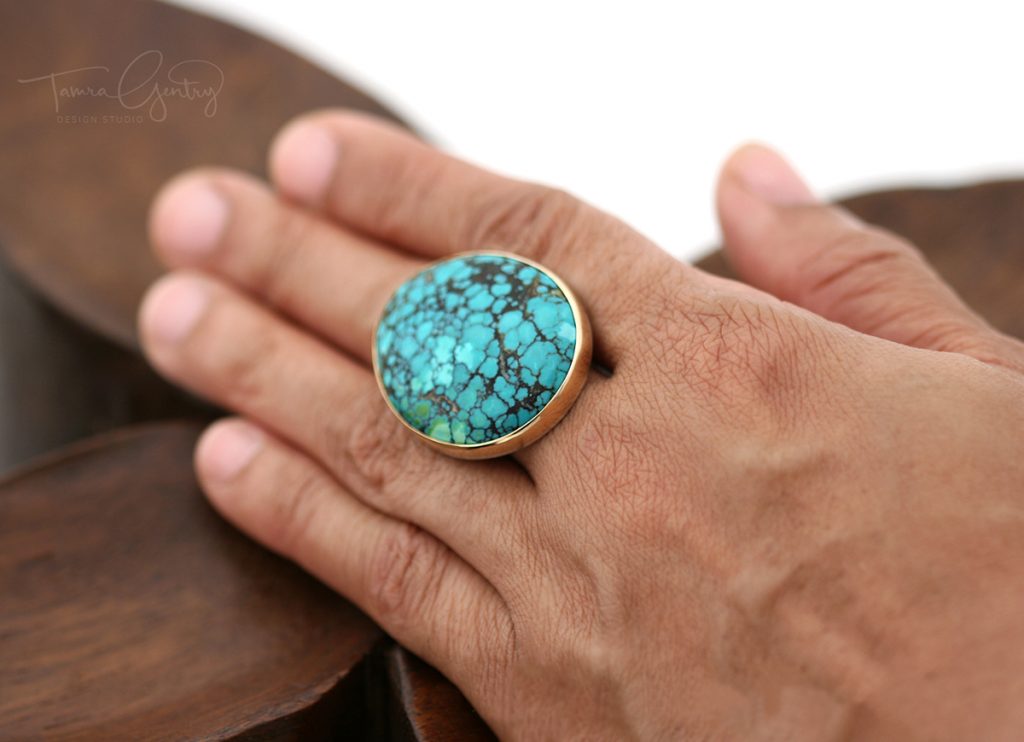 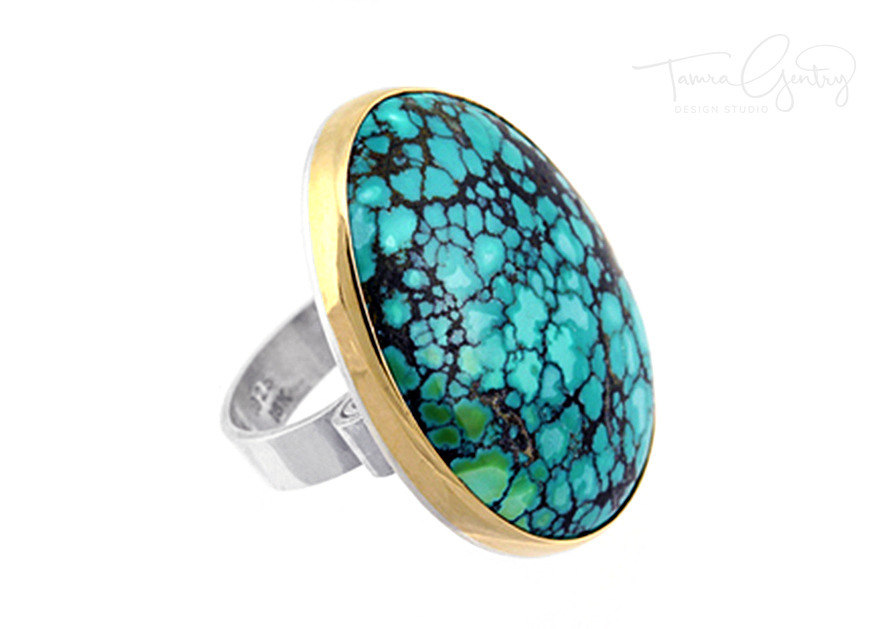 On my birthday a couple years ago, I purchased several stunning Sleeping Beauty Turquoise cabochons—and a stunning old-stock Owyhee jasper—for ME, because I’m still trying to do Ms. Nichols (and Mr. Havens) with my turquoise look.

Although I love making jewelry more than I love wearing it, I’m kind of feeling like you’re not going to be able to get me out of my turquoise (and Owyhee jasper) rings when I’m finished. All of them. —And lordie, I do have some ideas. I have to figure out how to make what I’d like to make with them, but I am in love with the ideas. I regret selling my big turquoise ring because that was a gorgeous piece of Chinese turquoise. The day I find a large piece like that again—it is MINE. And I will wear all the damned turquoise rings in Ms. Nichols’ honor.

This website uses cookies to improve your experience. We'll assume you're ok with this, but you can opt-out if you wish. Read More